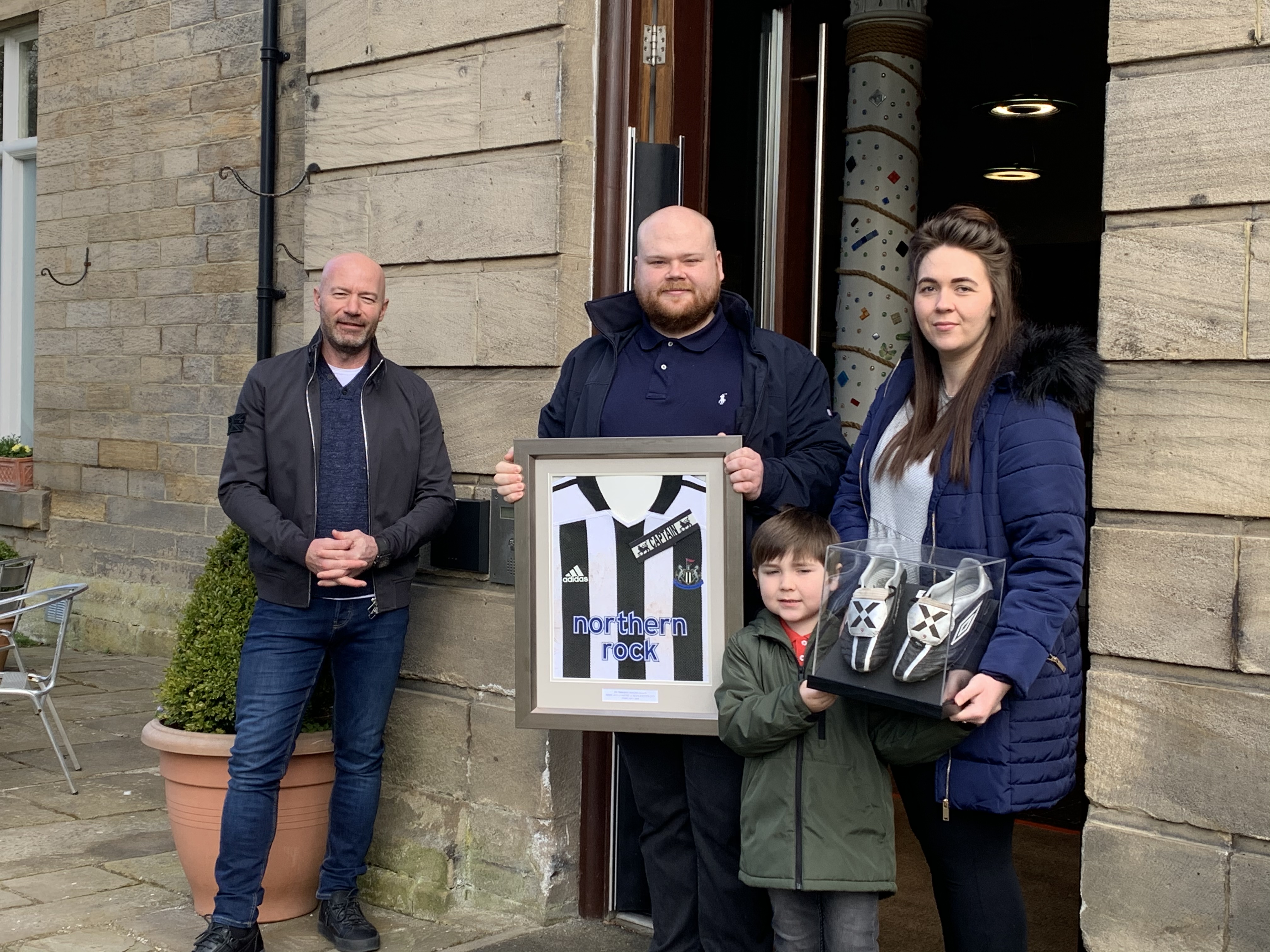 Gary entered the Foundation’s prize draw in February by purchasing just one ticket with the hope of winning Alan Shearer’s shirt, boots and armband worn by Alan when he scored his 250th Premier League goal.  Gary said he couldn’t believe his luck when his name was picked and never thought he would be the winner of such a unique prize, considering so many people entered the prize draw.

The prize was handed over to NUFC fan, Gary, in the grounds of the Alan Shearer Centre by Alan, who chatted to a delighted Gary and his girlfriend, Kathryn and their son, Harry.

The competition raised £130,000 for the Foundation which has like most charities struggled to raise funds in the usual way during the pandemic.

The interest and support in our prize draw has exceeded all expectations and we are extremely grateful to everyone who bought a ticket, thank you!