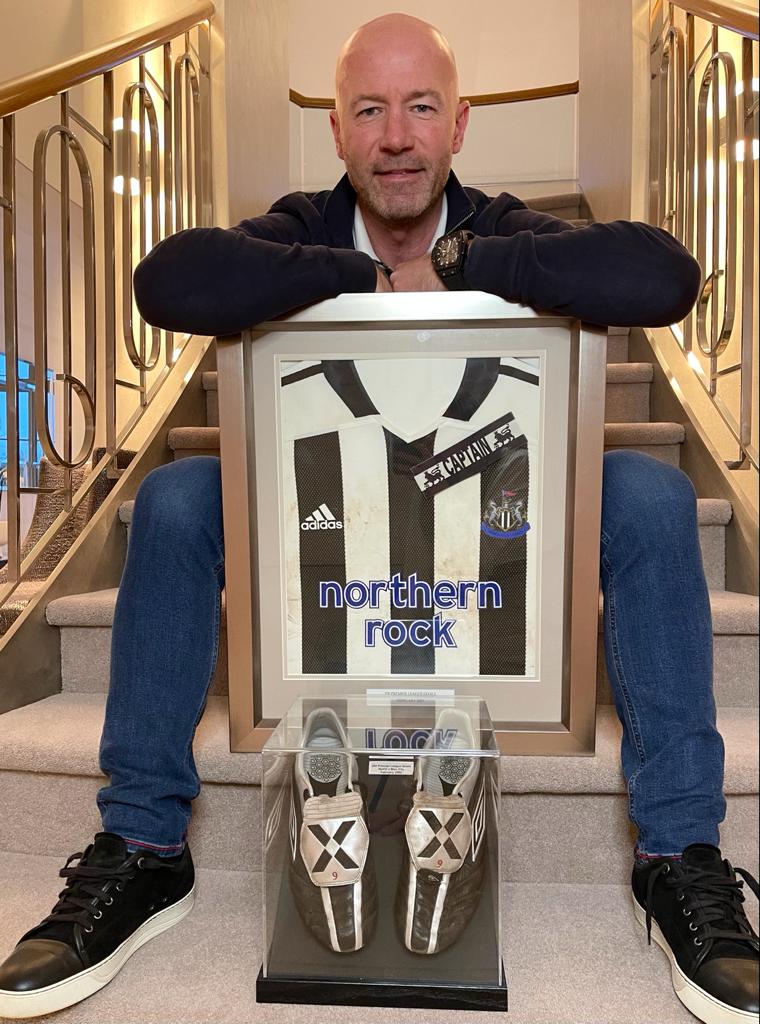 The Covid-19 crisis has prevented the Foundation from having any fundraising events for almost a year.

In an attempt to raise funds for the Alan Shearer Activity Centre, Alan has personally donated the match shirt, boots and captain’s armband he wore during the NUFC v Man City game played on 2nd Feb 2005 when he scored his 250th Premier League goal.   This generous donation has enabled us to create a prize draw where supporters have the opportunity to win Alan’s match shirt, boots and captain’s armband.

The winner of our prize draw will be given the opportunity of either coming to the Alan Shearer Activity Centre in Newcastle to have the prize handed over by Alan himself or having the prize shipped to their address and taking part in a live video call with Alan.

Don’t miss out, click on the link below and support us by buying a ticket.